Soichiro Honda - From a Mechanic at a Garage to the Founder of Honda Motor Co. 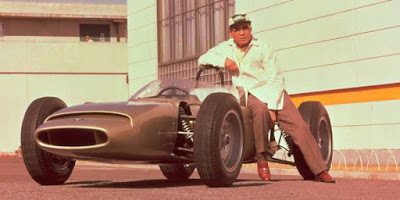 Soichiro Honda was a mechanic at a garage. His job was to tune cars to prepare them for races. Honda founded Tōkai Seiki, a piston rings manufacturing company in 1937.
This company won a contract to supply piston rings to an established automobile company - Toyota. But soon after, he lost the contract due to the poor quality of the products. He took time out to better understand Toyota's quality control processes, and by 1941, Honda was able to mass produce piston rings acceptable to Toyota.
Toyota took a 40% stake in his company, but Honda was demoted from president to senior managing director. Tōkai Seiki's manufacturing plants were destroyed in US bomb attacks in 1944. Honda sold the salvageable remains of the company to Toyota and used the proceeds to found the Honda Technical Research Institute in October 1946.
He worked with a staff of 12 men in a 172-square-foot shack. They built and sold improvised motorized bicycles by building their own copy of Tohatsu engines, and supplying these to customers to attach to their bicycles. Honda Motor Company grew in a short time to become the world's largest manufacturer of motorcycles by 1964.
Honda thereafter entered into mini pick-up trucks & finally into the car segment and today is a serious competitor to Toyota.


It’s easy to look at these companies and think, “I could never do something like this.” Of course, all of these companies took decades to get where they are today. But they had an idea and they believed in it and most importantly, they started.
---