When the Door of Opportunity Opens... 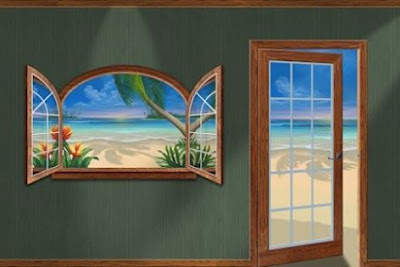 Those who become successful are those who walk through the door of opportunity when it swings open.
You never know when the door of opportunity is going to open wide. For some, their big break comes early in life, and for others, it comes later. But for everyone who has succeeded, there is one key similarity: They were ready. And for every one who was ready, there were thousands more who weren’t.

So the principle is: Be ready! Are you ready? Here are some thoughts for you to consider:
Are your skills as sharp as they could be? Are they ready so that when your shot comes you can perform?
Is your character deep enough to handle success? Let’s face it: You don’t want big success if your character won’t be able to handle it.
Are you working hard to position yourself now? Your job while waiting for the door to open should be developing your skills and your character so that you can position yourself to get through the door before it closes.
Your door will open someday; it opens for everyone. It may only open once, or it may open many times. It’s different for everyone, and life just isn’t fair that way. But everybody gets a shot. Will you be ready?
When that huge door of opportunity opens up, will you be able to boldly walk through it?
Do everything you can to be ready. Don’t just sit and wish and dream. Be proactive, and make sure that you are the most qualified when the door opens. Make sure that you are the hardest worker. Make sure you are the closest to the door.
When it opens, be ready!
---

What make a meat Halal or Haram?

When asked by non Muslims friends on HALAL meat...

Someone was once asked by a Non-Muslim professor. What makes a meat halal?  Most of us may have given a vague answer saying that we say the prayer before we cut, that makes it Halal.

Many hadiths and articles written by muslim scholars explain it in a scientific way..

WHAT MAKES A  MEAT HALAL OR HARAM??

Answer: It is the undrained blood that contaminates the meat, which  makes it Haram.

What non-muslim butchers do is completely CHOP OFF the head as a result of which the Connection between the Brain and the Heart is LOST hence the Heart stops Pumping/Beating almost instantaneously. Therefore there is no driving Force to PUSH the blood OUT of the body. As a result of this the blood STAGNATES in the veins and arteries and Contaminates the meat.

Scientifically Blood is one of the Best culture mediums to grow bacteria.

SO WHAT IS THE HALAL WAY??

Answer: We DO Not Chop off the head completely, instead we CUT the Main Vein (jugular vein) in the neck first. This vein contains venous blood in high pressure and it directly connects to the atrium of the heart without any interference. This method of slaughtering preserves the connection between the brain and the heart which allows neural transmissions to be delivered. This keeps the heart pumping/beating until all the blood is drained off completely from every vein and artery in the body making the meat PURE and thus halal. SUBHANALLAH!!

SO THE NEXT QUESTION IS WHAT MAKES FISH 󾆽 HALAL EVEN THOUGH IT IS NOT SLAUGHTERED THIS WAY??

Allah SWT has created Fish󾆽 in such a way that the moment it is removed from water the Entire Blood in its body is redirected to a part called the Epiglottis in its mouth which turns bright red thus indicating that the blood is drained and the meat is pure. SUBHANALLAH!