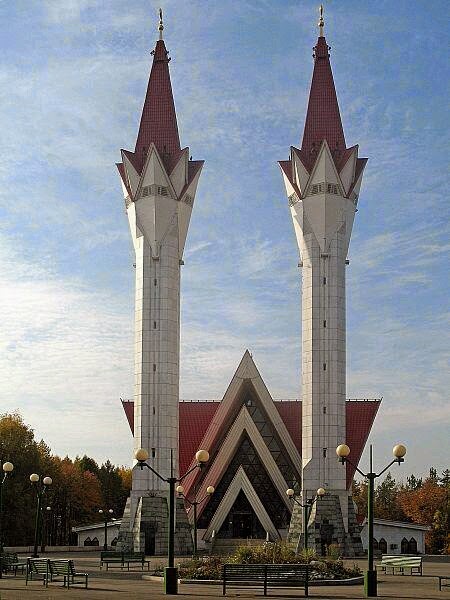 MASJID Lala Tulpan (“Tulip in Bloom”) in Ufa is one of Russia’s largest mosques. Its 53-metre-tall twin minarets are the third tallest in the country after the Akhmad Kadyrov Mosque in Grozny and the Qol Sharif Mosque in Kazan.

The building can hold up to 1,000 worshippers. It was built between 1990 and 1998 to a modernist design by Wakil Davlyatshin. In 2001 Vladimir Putin held a meeting with Talgat Tadzhuddin and other Muslim clerics at the mosque.