Another Proof (Miracle) from the Noble Quran - the Two Seas

The Gulf of Alaska has two oceans that meet but do not mix. These two bodies of water were merging in the middle of The Gulf of Alaska and there was a foam developing only at their junction. It is a result of the melting glaciers being composed of fresh water and the ocean has a higher percentage of salt causing the two ocean bodies of water to have different densities and therefore makes it more difficult to mix.

This picture of two oceans meeting, but not mixing was caught by a photographer on Alaskan Cruise and shared it on Flickr which went viral, spreading on many other social networking platforms. You can find few other similar pictures caught by the same photographer in reference section.

This phenomenon is mentioned in the Noble Quran in surah Ar-Rahman (Chp. 55) verse 21. SubhanAllah. 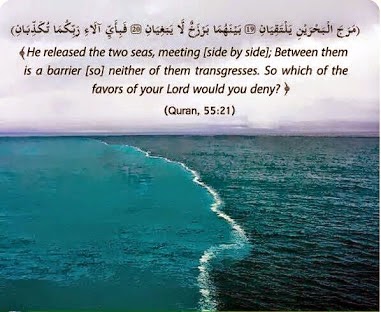 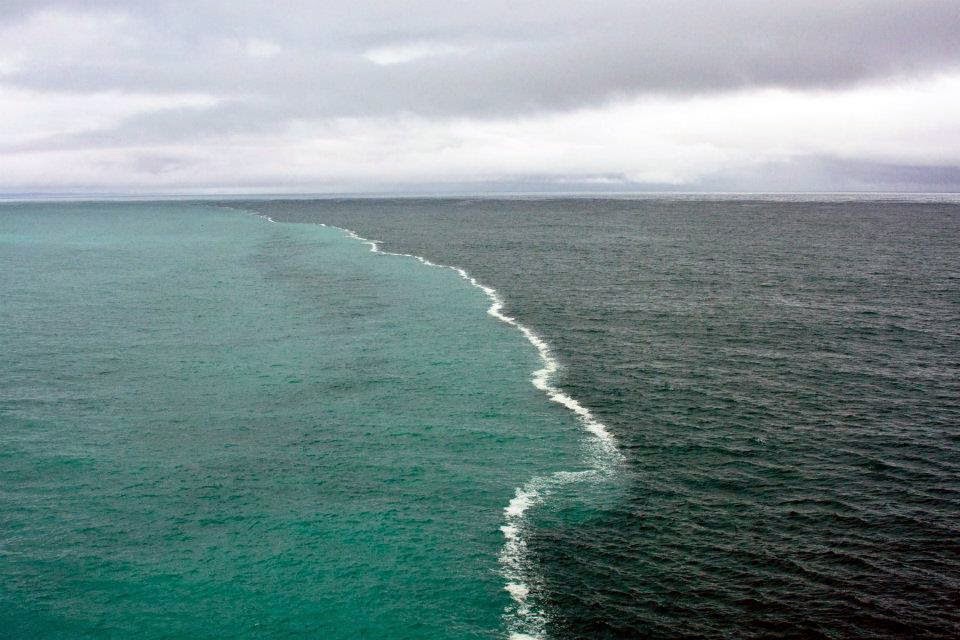