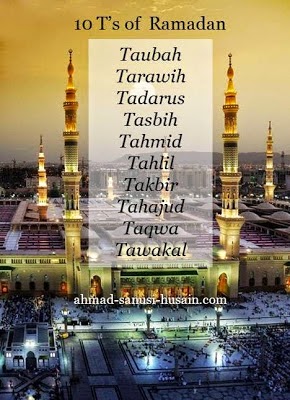 Email ThisBlogThis!Share to TwitterShare to FacebookShare to Pinterest
Labels: Ramadan 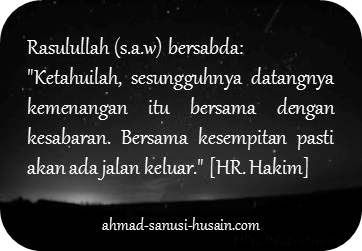 The Power of Istighfar – Astaghfirullah (I seek forgiveness of Allah)

People often forget the importance of the simple yet powerful dua (supplication) – Istighfar i.e., saying “Astaghfirullah” (I seek forgiveness of Allah). Prophet Muhammad (peace be upon him) recited this at least 100 times a day. Let us see the benefits and virtues of reciting this simple beautiful supplication insha Allah.

Importance of Istighfar from the Quran:

One of the 99 Names of Allah is Al-Ghaffaar (الْغَفَّارُ) – The Great Forgiver The Forgiver, the One who forgives the sins of His slaves time and time again. There are numerous verses in the Quran about the importance of asking for forgiveness of Allah SWT. Here are few of them:

And (commanding you): “Seek the forgiveness of your Lord, and turn to Him in repentance, that He may grant you good enjoyment, for a term appointed, and bestow His abounding Grace to every owner of grace (i.e. the one who helps and serves needy and deserving, physically and with his wealth, and even with good words). But if you turn away, then I fear for you the torment of a Great Day (i.e. the Day of Resurrection). [Hud 11:3]

Declare (O Muhammad SAW) unto My slaves, that truly, I am the Oft-Forgiving, the Most-Merciful. [Al-Hijr 15:49]

Then, verily! Your Lord for those who do evil (commit sins and are disobedient to Allâh) in ignorance and afterward repent and do righteous deeds, verily, your Lord thereafter, (to such) is Oft-Forgiving, Most Merciful. [An-Nahl 16:119]

Your Lord knows best what is in your inner-selves. If you are righteous, then, verily, He is Ever Most Forgiving to those who turn unto Him again and again in obedience, and in repentance. [Al-Isra 17:25]

And verily, I am indeed Forgiving to him who repents, believes (in My Oneness, and associates none in worship with Me) and does righteous good deeds, and then remains constant in doing them, (till his death). [Ta-Ha 20:82]

Need more verses? Read the Quran! There are plenty of verses about the importance of seeking forgiveness. Some verses are addressing the previous Prophets and their people. But these are again addressing us since Allah SWT wants us to learn from the story of previous people – His acceptance of forgiveness from them and His severe punishments for the ignorant groups. So did you say “Astagfirullah” (I seek forgiveness of Allah) 100 times today?

A Interesting Story about the Istighfar

This story about “Istighfar” is from the life of Imam Ahmed Bin Hanbal, who is considered as a renowned scholar of Islam and a famous theologian. During his old age, while Imam Ahmed was travelling he stopped by a town. After the prayers, he wanted to stay for the night in the masjid yard because he didn’t know anyone in the town. Owing to his humility, he hadn’t introduced himself to anyone thinking that if he did, he would be welcomed by many people.
Failing to recognize Ahmed bin Hanbal, the caretaker of the mosque refused to let him stay in the mosque. As Imam Ahmed was quite old, the caretaker had to drag him out of the mosque. On seeing this, a baker from a nearby place felt pity for this man (Imam Ahmed) and offered to be the host to him for the night. During his stay with the baker, Imam Ahmed observed that the baker would constantly recite Istighfar (seeking forgiveness from Allah). Imam Ahmed asked the baker if the constant practice of saying Istighfar had any effect on him. The baker responded by telling Imam Ahmed that Allah had accepted all of his duas (supplications), except one. When he asked him what dua was it that hadn’t been accepted, the baker replied that he had been asking Allah to provide him the privilege to meet the famous scholar Imam Ahmed bin Hanbal. On this, Imam Ahmed bin Hanbal said that Allah had not only listened to his dua but had dragged him onto his (the baker’s) doorsteps. [Summarized from Al Jumuah magazine, vol 19, issue 7]