Prophet Yunus's (a.s) Prayers in the Belly of a Fish 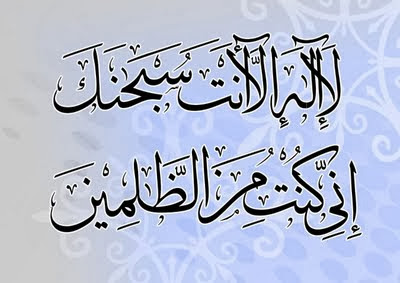 In the Qur'an, Allah refers to the Prophet Yunus (as) as follows:
Yunus too was one of the Messengers. When he ran away to the fully laden ship and cast lots and lost. Then the fish devoured him and he was to blame. (Surat as-Saffat: 139-142)
The Prophet Yunus (as) abandoned his people to whom Allah sent him as a prophet. As these verses convey, he got on a ship, where he "cast lots and lost." As we understand from the Qur'an, the Prophet Yunus (as), who could not persevere in the task Allah had given to him and abandoned his people, was thrown out of the ship to the sea where he was swallowed by a fish. In regret, the Prophet Yunus (as) turned to Allah in prayer, as in:
… "There is no god but You! Glory be to You! Truly I have been one of the wrongdoers." (Surat al-Anbiya': 87)
In return for his sincere prayer, Allah miraculously rescued him:
We responded to him and rescued him from his grief. That is how We rescue the believers. (Surat al-Anbiya': 88)
Then, Allah sent the Prophet Yunus (as) to an obedient society:
We sent him to a hundred thousand or even more. They had faith and so We gave them enjoyment for a time. (Surat as-Saffat: 147-148)
Allah may answer a prayer in the form of a "cause and effect," or if He wills, He may miraculously answer a prayer. This is easy for the Lord of the heavens and earth and everything in between. In the Prophet Yunus's (as) case, Allah removed all seeming obstacles and saved him from a fish's stomach. This is a striking example showing that people should never despair of Allah's forgiveness and be steadfast in their prayers. As long as one wholeheartedly turns to Allah, he will encounter a definite response.
---