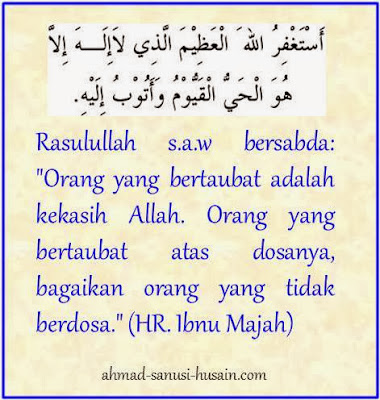 How to attain Humility in Prayers (Shalat)

In an environment with increasing distractions how do we make our prayers more beneficial for our selves? Following is an excerpt from "Inner Dimensions of Islamic Worship", a compilation of Imam Ghazali's works that can inspire us to develop humility and become closer to Allah through prayer.


Allah, says in the Quran:

'Do not approach the Prayer when you are intoxicated, until you know what you are saying.'
[Quran; al-Nisa', 4:43]

Some say that 'intoxicated' means inebriated by many anxieties, while others say it means drunk on the love of this world According to Wahb, the meaning is obviously a caution against worldly attachment, since the words 'until you know what you are saying' explain the underlying reason. Many are those who pray without having drunk wine, yet do not know what they are saying in their Prayers!

'If a man performs two cycles of Prayer without the distraction of any worldly thought, all his previous sins will be forgiven.' (al-Bukhari/Muslim)

'Prayer is nothing but submissiveness, humility, supplication, sighing and remorse, holding out your hands and saying: "O God! O God!" Otherwise it is fruitless.' (al-Tirmidi/al-Nasai)

In the earlier scriptures, we find these words attributed to God, Glorified is He: 'I do not accept the Prayers of everyone who prays. I accept the Prayers of none but those who are humble before My Majesty, who are not arrogant towards My servants, and who feed the poor and hungry for My sake.'

'Ritual Prayer was made obligatory, Pilgrimage and circumambulation were ordained, and the rites of sacrifice were instituted, all for the purpose of ensuring remembrance of God, Exalted is He. If your heart is devoid of awe and reverence for the One Remembered, who is the aim and the goal, what is your remembrance worth?' (Abu Daud/al-Tirmidi)

This advice was given to someone by the Prophet, on him be peace: 'When you pray, pray like a person who is saying farewell,' (Ibn Maja/al-Hakim/al-Baihaqi) i.e. saying farewell to himself, to his passions and to his life, before setting off on the journey to his Lord.

Again God Almighty reminds us in the Quran:

'O Man, you labor towards your Lord laboriously, and you shall meet Him.'
[al-Inshiqaq, 84:6]

reminds us: 'If a man's Prayer does not deter him from indecency and mischief, he gains nothing from God but remoteness.' (al-Tabarani)

Since Prayer is intimate communion, how can it go with heedlessness? Bakr ibn Abdullah said:

'O believers, if you wish to enter the presence of your Lord without permission, and to speak with Him without an interpreter, you have only to enter!'

When someone asked him how this could be he said:

'You do your ablution correctly and enter your prayer-niche ... There you are! You have entered your Lord's presence without permission and may now speak to Him without an interpreter.'

Said Aisha, may God be pleased with her:

would talk to us and we to him, but when it was time for Prayer it seemed as though he did not know us, nor we him.' (Azdi - mursal) This was because they were completely in awe of God the most Great and Glorious.


'God has no regard for a Prayer in which a man's heart is not present as well as his body.'

It is said that when Abraham

, God's special friend, got up to pray, the throbbing of his heart could be heard from a distance.

When Said al-Tanukhi (Muslim jurist 776/854 CE) was praying, tears used to flow incessantly down his cheeks and onto his beard.

once saw a man playing with his beard during the Prayer, so he said: 'If this man's heart was submissive, every part of his body would also act with humility.' (al-Tirmidi - daif)

'Don't the flies bother you so much during your Prayer that you have to chase them away?'

'I do not make a habit of anything that would spoil my Prayer.'

When asked how he had acquired such patience, he said:

'I have heard that culprits patiently endure the Sultan's whip, because this gives them a reputation for being "able to take it." They boast of their patient endur ance. Here am I, standing before my Lord in Prayer. Am I going to budge for a fly?'

It is related of Muslim ibn Yasar that, when he wanted to pray, he would say to his family:

'You may talk, for I shall not hear you'.

It is said that he was praying one day in the Great Mosque of Basra, when a corner of the building collapsed. This attracted a crowd, but he was quite unaware of what had happened until he had finished his Prayer.

Whenever the time of Prayer approached, Ali ibn Abi Talib, may God be pleased with him and ennoble his countenance, used to quake and change color. They asked him:

'What is the matter with you, Commander of the Believers?'

To this he would reply:

'The time has come for a trust which God offered to the heavens and the earth and the mountains, but they refused to carry it; they were wary of it, but I have taken it on.'

It is said of al-Husayn ibn Ali that he used to turn pale when he made his ablution. When his family asked him what came over him during his ablution, he would say: 'Do you realize before Whom I wish to stand in Prayer?'

According to Ibn Abbas, may God be pleased with him and his father, the Prophet David, God bless him and give him peace, used to say in his intimate Prayers:

'My God, who inhabits Your House? And from whom do you accept the Prayer?'

Then God told him by inspiration:

'David, he who inhabits My House, and he whose Prayer I accept, is none but he who is humble before My Majesty, spends his days in remembrance of Me and keeps his passions in check for My sake, giving food to the hungry and shelter to the stranger and treating the afflicted with compassion. His light shines in the sky like the sun. If he invokes Me, I am at his service. If he asks of Me, I grant his request. In the midst of ignorance, I give him discernment; in heedlessness, remembrance, in darkness, light. He stands out among ordinary people as Paradise towers over earthly gardens, its rivers inexhaustible and its fruits not subject to decay.'

It is related of Hatim al-Asamm, may God be pleased with him, that he said, in answer to a question about Prayer:

'When the time for Prayer is at hand, I make a proper ablution, go to the spot where I intend to pray and sit there till all my limbs and organs are in a collected state. Then I stand up to perform my Prayer, placing the Kaba between my brows, the Bridge- over-Hell beneath my feet, Paradise to my right and Hell to my left, and the Angel of Death behind me, thinking all the while that this is my final Prayer. Then I stand between hope and fear. I carefully pronounce "Allahu Akbar!" Then I recite the Quran harmoniously, bow in humility and prostrate myself submissively. I then sit back on my left haunch spreading out the top of my left foot and raising my right foot on the toes. I follow this with sincerity. Then I wonder whether or not my Prayer has been accepted.'

Ibn Abbas (Cousin of the Prophet), may God be pleased with him and with his father, once said:

'Two modest cycles of Prayer, performed in full awareness, are better than a whole night's vigil when the heart is inattentive.'

Abu Hamid al-Ghazali (450-505 AH / 1058-1111 AD) Also known as Imam Ghazzali is a prominent Muslim jurist and theologian of the 12th Century. He wrote on a wide range of topics including jurisprudence, theology, mysticism and philosophy.
---