Prophet Muhammad (pbuh) is Allah’s Last Messenger, not the ‘founder’ of Islam 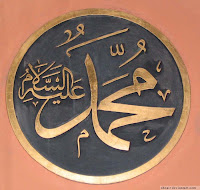 THE Prophet Muhammad’s (pbuh) name has yet again been in the media as of late due to the republication of the offense Danish cartoon caricatures that continue to be used to taunt Muslims and tarnish the good name of the final messenger (pbuh).

As I watched the recent protests unfold on live television from Muslims around the world in Afghanistan, Pakistan and other nations, I became increasingly irritated with the broadcaster’s commentary. She kept referring to the Prophet Muhammad (pbuh) as the ‘founder’ of Islam. And even her interviewees responded in a similar fashion by also referring to him as the ‘founder’ of Islam.

To imply that Muhammad (pbuh) founded Islam or created it is a gross and reprehensible lie that quite often is used by the enemies of Islam to water-down the impact that Muhammad’s (pbuh) prophethood had on the entire world. This world has never seen a greater man, prophet, father, statesman, politician, orator, warrior, commander, friend, teacher or confidant than Muhammad (pbuh).

The simple fact remains that centuries after Muhammad’s (pbuh) death, Islam runs strong with people converting every single day because the message of Allah in the Holy Quran rings true and is enticing to the seekers of all that is good in this world. The founder of Islam is actually Allah Almighty. Allah chose Muhammad (pbuh) to be the final Prophet sent to this world to give both a warning and glad tidings.

Allah Almighty says in the Holy Quran:
“Allah knows best with whom to place His Message.” (6:124)
Anyone who reads a biography of Muhammad’s (pbuh) life can see that his prophethood was crystal clear from the time when he was in his mother’s womb until he received his mission at the age of 40.

Muhammad’s (pbuh) mother Amina became a widow before he was even born as her husband died in a trade caravan. Even before his birth, Amina noted that her belly often emitted a light and she knew that her baby would somehow be special. Muhammad’s (pbuh) mother would die when he was six-years old and he would be sent to live with his grandfather until he died and then his uncle Abu Talib. The only thing Muhammad (pbuh) knew was loss as he was made an orphan thrice before he even reached puberty. The signs of Muhammad’s (pbuh) prophethood were always there. Once on a journey with his uncle to a monastery, a Christian monk witnessed a strange event. As Muhammad (pbuh) walked the sun never touched him. He was walking under a shade of which there was no viable source and the monk likened the shape of the shade to the wings of an angel. On the same trip, the monk noticed a mark centered perfectly between Muhammad’s (pbuh) shoulder blades and he told Abu Talib that past prophet’s had the same mark.
To know Muhammad (pbuh) was to love him. He was honest, kind and trustworthy. His profession was as a Shepard tending to his uncle’s flock however Muhammad (pbuh) had a knack as a merchant. He began doing trade work for a wealthy widow named Khadijah. She was so pleased with his success that she asked for his hand in marriage even though she was much older than Muhammad (pbuh), about 15 years. Muhammad (pbuh) was 25 years old and accepted her proposal. He could have most assuredly kicked his feet up and lived off of his wife’s wealth. But that was not his nature. Muhammad (pbuh) often spent days on end in a cave called Hira pondering upon this world and the creation of it. Muhammad (pbuh) did not believe the idols that his clansman worshipped had any power but he knew there was a creator somewhere. Then one night Allah sent the angel Jibreel to tell Muhammad (pbuh) that he was the final messenger (pbuh). Muhammad (pbuh) was so scared at seeing the vision of the angel and feeling his iron-tight embrace as he commanded this:
“READ! In the name of your Lord, Who has created (all that exists), has created man from a clot of congealed blood. READ! And your Lord is the most Generous…” (96:1-3)

But soon after the fear subsided, Muhammad (pbuh) stood tall and began delivering Allah’s message to any heart that would openly hear it. Overnight, Muhammad (pbuh) went from a man that was living in the lap of luxury to someone who was abused, beaten, spat upon, ridiculed, humiliated and scorned. Even in death, Muhammad (pbuh) still suffers.

Allah Almighty says in the Holy Quran: “And when they see you (O Muhammad), they treat you only in mockery (saying) ‘Is this the one whom Allah has sent as a Messenger?’ ” (25:41)
Countless plots to assassinate Muhammad (pbuh) were undertaken and anyone who followed his mission were either tortured or killed.

But through it all, Muhammad (pbuh) remained steady in delivering the word of Allah to the people and he had Allah with him all along the way. The message of Allah in the Holy Quran and Sunnah of Muhammad (pbuh) cannot be distorted or thwarted in anyway no matter how many cartoons are drawn or lies against Muhammad (pbuh) concocted.

However, the message will continue to grow and attract the intelligence of people who seek the truth with their eyes wide open instead of a mouth open so wide that it swallows whatever is ‘sold’ on TV.