Following the Sunnah (example) of the Prophet (peace be upon him) 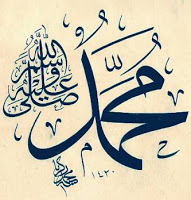 Following the Sunnah (example) of the Prophet (peace be upon him) is a fundamental part of Islam.. Allah orders us in numerous places in the Qu'ran to obey Him and to obey the messenger. Alhumdulillah, the record of the Prophet's (sunnah) have been kept until the present day. It is to our own detriment, if we fail to study both the Qu'ran and the Sunnah.

To be a true Muslim, the Sunnah of Prophet Muhammad (peace be upon him) must be followed. The sources of information about the Sunnah are found in Hadith (sayings and actions of the Prophet as well as things that he silently consented to). There are many authentic books of hadith from which these references are derived as well as scholars of hadith, who spend years of memorizing, studying and understanding the science of hadith.

When a Muslim knows the Qu'ran and seeks to obey the orders of Allah (ta'ala), it naturally follows that he/she will obey the Prophet (peace be upon him) as this is ordered by Allah in Qu'ran.

{And obey Allah and the Messenger (Muhammad ) that you may obtain mercy}(3:132)

Islam is a way of life. Not just a set of orders, restrictions etc, but a spiritual, practical and natural development of the human being and society into a well organized, just and pious state of being. Muslims are those who, by following the Prophet (peace be upon him), who was said to be the 'Qu'ran in action', develop characteristics that are esteemed by all. It is upon the base of such characters, that a truly Islamic society emerges.

May Allah (ta'ala) fortify our Iman and give us knowledge that is beneficial to us. May He, Who is the Most Merciful, let us appreciate the light of Islam, amidst the degeneration of mankind, and establish us on the way of the Sunnah.