Unity and brotherhood: from Quran & Hadith 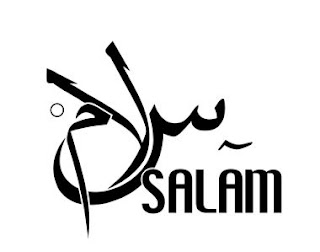 And hold fast, all of you together, to the Rope of Allah (i.e. this Qur'an), and be not divided among yourselves , and remember Allah's Favour on you, for you were enemies one to another but He joined your hearts together, so that, by His Grace, you became brethren (in Islamic Faith), and you were on the brink of a pit of Fire, and He saved you from it. Thus Allah makes His Ayat (proofs, evidence, verses, lessons, signs, revelations, etc.,) clear to you, that you may be guided.   [Quran; surah Ali-Imran (3): 103]

"None of you will have faith till he wishes for his brother what he likes for himself."
("La yu'minu ahadukum hatta yuhibbu li akhihi ma yuhibbu li nafsihi.")
Reporter: Hadhrat Anas (r), Source: Sahih al-Bukhari, Vol. 1: 12


"None of you will have faith till he loves me more than his father, his children, and all mankind." ("La yu'minu ahadukum hatta akunu ahabba ilaihi min waalidihi wa waladihi wannasi ajmayin.") Reporter: Hadhrat Anas (r), Source: Sahih al-Bukhari, Vol. 1: 14

"Do not rejoice over the troubles of your brother, lest God might have mercy on him and involve you in this trouble." ("La tuzhirish shamatata li akhika; fa yarhamahullahu wa yabtaliyak.") Reporter: Hadhrat Wasila bin al-Asqa'i (r), Source: Sunan at-Tirmizi, Vol. 4, 3514

Hadhrat Abdur Rahman Ibn Ghanam and Asma Bint Yazeed (Allah be pleased with them) narrate that Prophet Muhammad (peace be upon him) said: "The worst among the servants of Allah are those who gossip and create rifts between friends." (Tirmidhi).

"Whoever defends the honour of his brother in his absence will be entitled to Allah's Protection from the Fire." [Hadith:Tirmidhi]

“He who visits the sick continues to remain in the fruit garden of Paradise until he returns.” [Sahih Muslim]

Hadith : "When a Muslim goes to visit a sick person, he in fact strolls in the garden of Paradise..." (Ibn Majah)

'A Muslim has five rights upon other muslims: Responding to his Salaam, answering his invitation (to food), saying allhumdulillah when he sneezes, visiting him when he is sick, and following his Janazah when he dies..' (Hadith: Bukhari & Muslim)

Ibn `Umar and `Aishah (May Allah be pleased with them) reported: Messenger of Allah (PBUH) said, "Jibril kept recommending treating neighbours with kindness until I thought he would assign a share of inheritance". [Al-Bukhari and Muslim]

The Messenger of Allah (peace & blessings of Allah be upon him) said: “Your smiling in the face of your (Muslim) brother is charity; enjoining the good & forbidding the evil is charity; your guiding a man that has lost his way is charity; and your removing of stones, thorns, & bones from people’s paths is charity for you.” [Tirmidhi Hadith 36]

Iyad bin Himar (May Allah be pleased with him) reported: Messenger of Allah (Peace Be Upon Him) said, "Allah has revealed to me that you should humble yourselves to one another. One should neither hold himself above another nor transgress against another.'' [Muslim Book 40, Chapter 17, Hadith  6856]

Abu Musa reported Allah's Messenger (SAW) said: "A believer is like a brick for another believer, the one supporting the other." (Sahih Muslim)

Iyad bin Himar (May Allah be pleased with him) reported: Messenger of Allah (Peace Be Upon Him) said, "Allah has revealed to me that you should humble yourselves to one another. One should neither hold himself above another nor transgress against another.'' [Muslim Book 40, Chapter 17, Hadith 6856]

From Jabir bin Abdullah r.a. narrated: “The Prophet (peace and blessings be upon him) said, “Every kindness is a charity. Among the kindness is (whenever) you meet with your brothers (another son of Adam) let it be with a sweet face and (if someone asked for water) you should pour your container into his”. (Ahmad)