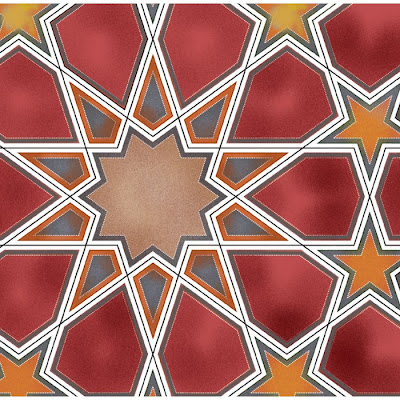 1. 'Aqd Contract
2. Bai' Sale
3. Bai' Bithaman Ajil
A contract of sale and purchase of an asset in which the payment of price is deferred and paid in installment within an agreed period of time. The selling price includes profit
4. Bai' Dayn
Sale of debt that is created under Shariah compliant business activities
5. Bai’ ‘Inah
• A contract of sale and purchase of an asset whereby the seller sells to buyer in cash and subsequently buys back the asset at a marked up deferred price
• A contract of sale and purchase of an asset whereby the seller sells to buyer at a deferred price and subsequently buys back at a lower cash price
6. Bai' Ma'dum Buying and selling something that does not exist
7 Bai' Mua'toh
A contract of sale and purchase of an asset in which the contracting parties agreed on the exchange of the asset and the price without verbal or written ijab and qabul
8. Bai' Muzayadah Sale by auction
9. Bai' Salam
Refers to an agreement whereby payment is made immediately while the goods are delivered at an agreed later date. It is equivalent to an advance payment
10. Bai' Sarf Refers the buying and selling of foreign currencies
11. Dalil Evidence, indicative legal text
12. Dayn Debt
13. Dharurah Necessity
14. Fatwa Decree, religious edict from a qualified scholar
15. Fiqh Muamalat Islamic Commercial Law
16. Fuqaha' Islamic jurist
17. Gharar Element of uncertainty and/or deceit
18. Hadith Prophetic tradition
19. Halal Lawful
20. Haq Right
21. Hawalah Debt assignment contract
22. Hibah
Gift. An act of transferring of ownership of an asset or usufruct without an exchange of counter value during the lifetime of the transferor
23. Hukm Shariah ruling
24. Ibra' Rebate. Waiving partially or totally a right to claim a debt
25. Ijarah
Leasing contract. A contract between a lessor and a lessee in which the lessor being the owner of the property allows the lessee to enjoy the usufructs of the property at agreed terms on the rental and period of lease
26. Ijarah Thumma al-Bai' A contract of lease which subsequently followed by a sale contract
27. Ijma' Consensus of Islamic scholars and jurists
28. Ijtihad Reasoning by qualified scholars to obtain legal ruling from the sources of the Shariah
29. 'Illah Cause
30. Istihsan
Juristic preference, disregarding a hukm backed by a dalil and supported by another hukm that is sounder
31. Istisna' Sale and purchase by order
32 Jahalah Ignorance or lack of knowledge
33. Kafalah
A contract of guarantee in which one party guarantees the fulfillment of a claim or performance of an obligation which is due to another party in a case of default. Synonym: Dhaman
34. Mal Asset or property
35. Maslahah Consideration of public interests
36. Mazhab School of thought
37. Muamalah (singular) / Muamalat (plural) Transaction(s)
38. Mudharabah
A partnership in profit whereby one party provides capital (rabb al mal) and the other party provides labour (mudharib)
39. Muqasah Settlement of debt by set off
40. Murabahah Cost plus profit sale
41. Musyarakah Partnership
42. Musyarakah Mutanaqisah
A form of partnership in which one of the partners promises to buy the equity share of the other partner gradually until the title to the asset is completely transferred to him
43. Nas Explicit legal text
44. Qabd Taking possession and having control of purchased asset
45. Qiyas Analogy
46. Qardh Islamic loan
47. Rahn Pledge or Collateral
48. Riba Usury
49. Sadd Zari'ah Blocking the means to something (evil)
50. Sahibul Mal Capital Provider
51. Sahih Valid or authentic
52. Sarf Contract of currency exchange
53. Sukuk Financial notes/documents whose value is backed by certain assets
54. Ta'widh Compensation charged to a debtor for late payment
55. Tawarruq
An arrangement that involves a purchase of an asset based on Musawamah or Murabahah and a subsequently sale of the same asset to a third party in order to gain cash money
56. Ujrah Service fee
57. Ulama' Islamic scholars
58. 'Urbun Earnest money, down payment
59. Urf Customary practices
60. 'Uqud mu'awadat Exchange contracts
61. Wa'ad Promise
62. Wa'ad Mulzim Binding promise
63. Wadi'ah yad Dhamanah A guaranteed safe keeping contract
64. Wakalah
A contract where a party authorises another party to act on behalf of the former as long as he is alive