The longest verse in the Holy Quran 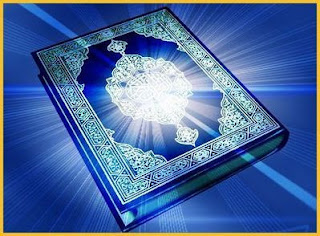 O you who believe! When you contract a debt for a fixed period, write it down. Let a scribe write it down in justice between you. Let not the scribe refuse to write as Allah has taught him, so let him write. Let him (the debtor) who incurs the liability dictate, and he must fear Allah, his Lord, and diminish not anything of what he owes. But if the debtor is of poor understanding, or weak, or is unable to dictate for himself, then let his guardian dictate in justice. And get two witnesses out of your own men. And if there are not two men (available), then a man and two women, such as you agree for witnesses, so that if one of them (two women) errs, the other can remind her. And the witnesses should not refuse when they are called (for evidence). You should not become weary to write it (your contract), whether it be small or big, for its fixed term, that is more just with Allah; more solid as evidence, and more convenient to prevent doubts among yourselves, save when it is a present trade which you carry out on the spot among yourselves, then there is no sin on you if you do not write it down. But take witnesses whenever you make a commercial contract. Let neither scribe nor witness suffer any harm, but if you do (such harm), it would be wickedness in you. So be afraid of Allah; and Allah teaches you. And Allah is the All-Knower of each and everything.
---
Ahmad Sanusi Husain :
www.ahmad-sanusi-husain.com
Alfalah Consulting - Kuala Lumpur :
www.alfalahconsulting.com
Islamic Investment Malaysia :
www.islamic-invest-malaysia.com
Posted by Editor at 17:42 No comments:

Concentrate all your thoughts upon the work at hand. The sun's rays do not burn until brought to a focus.


"Most people have no idea of the giant capacity we can immediately command when we focus all of our resources on mastering a single area of our lives." — Tony Robbins

"My success, part of it certainly, is that I have focused in on a few things." — Bill Gates

“The successful warrior is the average man, with laser-like focus.” — Bruce Lee

"You can’t depend on your eyes when your imagination is out of focus." — Mark Twain

"Goals provide the energy source that powers our lives. One of the best ways we can get the most from the energy we have is to focus it. That is what goals can do for us; concentrate our energy." — Denis Waitley

"It is during our darkest moments that we must focus to see the light." — Aristotle Onassis

"The three pillars on which I believe any business success is based are: Persistence, Enthusiasm and Focus." — Max Markson

"The key to success is to focus our conscious mind on things we desire not things we fear." —
Brian Tracy


"To create something exceptional, your mindset must be relentlessly focused on the smallest detail." — Giorgio Armani

Email ThisBlogThis!Share to TwitterShare to FacebookShare to Pinterest
Labels: focus, Words of wisdom

Concentrate all your thoughts upon the work at hand. The sun's rays do not burn until brought to a focus.
Success in any endeavor requires single-minded attention to detail and total concentration.
Concentration and mental toughness are the margins of victory.
The concentration and dedication- the intangibles are the deciding factors between who won and who lost.”
“Concentration is the secret of strength” - - Ralph Waldo Emerson
"What do I mean by concentration? I mean focusing totally on the business at hand and commanding your body to do exactly what you want it to do." -- Arnold Palmer

Email ThisBlogThis!Share to TwitterShare to FacebookShare to Pinterest
Labels: concentration, Words of wisdom

http://www.ahmad-sanusi-husain.com/2012/01/tokoh-islam-ibn-khaldun-bapa-ekonomi.html
Posted by Editor at 11:46 No comments:

To register or reserve a seat online, please go to:
http://www.alfalahconsulting.com/p/registration-form.html