Quran verse: The night, the day, the sun, the moon, the stars... 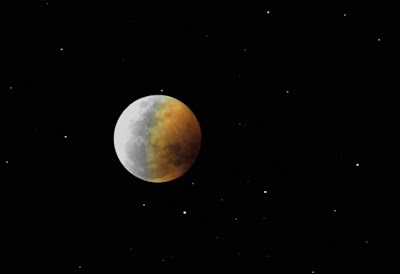 And He has subjected to you the night and the day, and the sun and the moon; and the stars are subjected by His Command. Surely, in this are proofs for people who understand.

The Virtues of Reciting the Quran - 16 Points 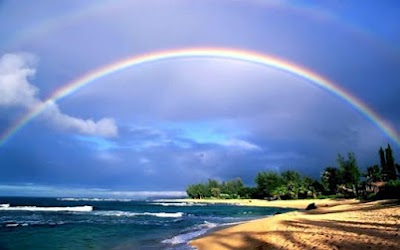 “Smiling in the face of your brother is charity," Prophet Muhammad (PBUH) said in a hadith authenticated by Al-Albani.

“Smiling in the face of your brother is charity … and pouring out from your bucket into your brother’s bucket is charity,” Prophet Muhammad (Peace Be Upon Him) said in a hadith authenticated by Al-Albani.

In Islam, every Muslim is obliged to give to charity in whatever form to boost his piety and spread wealth and goodwill among the whole community. It’s no surprise then that the Arabic word tasadaqa (to give charity) is derived from the word “sadaqa” which means tell the truth or be sincere.

Allah (SWT) says in the Holy Qur’an: (Ye will not attain unto piety until ye spend of that which ye love. And whatsoever ye spend, Allah is aware thereof.) {Aal ‘Imran 3:92}

Therefore voluntary charity, or sadaqa, which is different than the zakah -- the compulsory alms that are collected each year -- should be part of every Muslim’s daily life. The Prophet (PBUH) said that every good deed is charity—even a smile in the face of others is charity.

Abu Dharr (may Allah SWT be pleased with him) reported that the Prophet (PBUH) said: “There is no person who does not have the obligation of (doing) charity every day that the sun rises.”

According to Abu Dharr, the Prophet (PBUH) was asked: “O Messenger of Allah, from where would we get something to give in charity (so often)?”

The Prophet replied: “Indeed the gates to goodness are many: glorifying God, praising Him, magnifying Him, saying ‘There is no god but Allah,’ enjoining the good and forbidding the wrong, removing (any source of) harm from the road, making the deaf hear (and understand), guiding the blind, showing the seeker his need, striving as far as your two legs could carry you and with deep concern to give succor to him who asks, carrying with the strength of your arms (the burdens of) the weak. All these are (acts of) charity.”

He added: “And your smiling in the face of your brother is charity, your removing of stones, thorns, and bones from people’s paths is charity, and your guiding a man gone astray in the world is charity for you.”

Smiling in the face of others strengthens any society. It’s therefore considered the easiest spiritual form of charity, which could be defined narrowly as giving out money and tangible objects to the poor.

Prophet Muhammad (PBUH) encourages Muslims to do good deeds, even if they are poor. If charity was limited to money or physical objects, many people would not be able to do humanitarian deeds.

The noble Prophet (PBUH) himself acted in a kind manner, explaining Islam to people calmly and winning their hearts and minds at the same time.

Husain (may Allah SWT be pleased with him), the grandson of the Prophet (PBUH), asked his father, Ali (may Allah SWT be pleased with him) about the Prophet's conduct. Ali replied: “He was always cheerful, gentle and mild. There was no rigidity or coarseness in his conduct. He was neither a faultfinder nor a boisterous person and he steered away from any kind of futile engagement.“ {Tabarani}

The companions of the Prophet (PBUH) also reported that he was frequently seen smiling and that he laughed at things that were humorous.

Prophet Muhammad (PBUH) smiled so spontaneously that each one of the companions thought that he is his favorite companion.

Jareer Ibn Abdullah said: “I have not seen the Prophet, since I embraced Islam, without a smile on his face. I saw him smiling when he could not see me and he was smiling in my presence.“ {Bukhari}

And Abdullaah Ibn Haarith said: “I never came across a person who smiled as much as the Prophet. The Prophet regarded smiling with a brother as an act of charity.” {Tirmidhi}

There are some Muslims who do not smile, and still think they’re good Muslims because they perform their religious duties, like praying and fasting. But that’s not true, as the Prophet (PBUH) stressed the importance of social relations and love among the Islamic Ummah.

Indeed, loving and giving are the essence of charity, so start now by meeting your family and friends with a smile. It would open up their hearts and souls, and glue your whole society together.

(Karima Saifullah/Al Jazeera/17 Nov 07)
Editor: Even smiling is very much encouraged in Islam, how could those ignorant people think Islam encourages violent?