Why Friday is the Best Day of the Week? 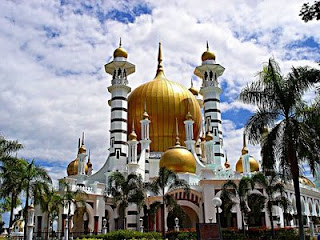 Reported by Imam Muslim, Abo-Dawod, Al-Nesaii, and Al-Termithi, that Prophet Mohammad (P.B.U.H.) had said, "The best day during which the sun have risen is Friday. It is the Day Adam was created. It is the day when Adam entered paradise and also when he was taken out from it. It is also the day on which the day of judgment takes place."


The Jum’ah prayer is on Friday
A great emphasis has been put on the obligation for the Prayer. Furthermore this prayer is the best congregational Whoever is heedless of this prayer, Allah will place a seal over his heart.

Abu Hurayrah (may Allaah be pleased with him) narrated that the messenger of Allaah said,”

Advise the people to avoid missing the Jum’ah (Friday) prayer, because if they neglect it Allah will place a seal over their hearts .Then they will be among the heedless.”

Collected by Muslim in his Saheeh (2039)

Extra point of benefit
Shaykh Abdullah bin Baz said,” To take a different road home from the one you go to Jum’ah (Friday) prayer is sunnah as well. The hadeeth which deals with practicing this action for ‘Eid carries the same meaning for Jum’ah and Hajj. Refer to Al-Hullul Ibreezeeyah min Ta’leeqahtul Bazeeyah ‘ Saheeh Al-Bukhari. There is an hour during Friday when supplications are answered.

Abu Hurayrah (may Allah be pleased with him) narrated that the messenger of Allaah(peace and blessings be upon him),

There is an hour on Friday when the servant stands, prays and asks Allah for something it is given to him ”

Collected by Bukari in his Saheeh (5294)
Ibn Al-Qayyim(may Allaah have mercy upon him) mentioned that there is a difference of opinion about when this particular hour is. The most acceptable of opinions are two: 1) This hour is from when the khateeb sits until he prays. 2) This hour is after Asr. And the 2nd point of view is the most superior.[ Zad Al-Ma’ad 1/389-390]

Collected by Abdur Razzak in his Musanaf(5558). This narration’s isnad is Saheeh.

Friday is the weekly ‘Eid

Ibn ‘Abbaas(may Allaah be pleased with him)conveyed that Allah’s messenger(peace and blessings be upon him) said,

“Verily today is an ‘Eid which Allah has decreed for the Muslims. So whoever comes for the Prayer must perform a ghusl (full bath/shower)…”

Collected by Ibn Majah in his sunnan (1152)and At-Tabarani in Awsot(142).Graded as being Hasan through other narrations that support it i.e hasan lee Ghayreehee. by Al-Abani in Saheeh At-Targeeb wat Tarheeb 707


The servants’ past sins are forgiven on Friday

Salman Al-Faarasee(
may Allaah be pleased with him) narrated that the messenger of Allah (peace and blessings be upon him) said,”

"Whoever takes a bath on Friday, purifies himself as much as he can, then uses his (hair) oil or perfumes himself with the scent of his house, then proceeds (for the Jumu’ah prayer) and does not separate two people sitting together (in the masjid), then prays as much as (Allah has) written for him and remains silent while the Imam is delivering the Khutba, his sins in-between the present and the last Friday would be forgiven.”

Collected by Bukhari in his Saheeh (843)

Dying during Friday, whether day or night is a sign of a good departure from this world and he/she will be safeguarded against the trials in the grave. Ibn ‘Amr (may Allah be pleased with him) said, the messenger of Allaah(peace and blessings) said,”

Email ThisBlogThis!Share to TwitterShare to FacebookShare to Pinterest
Labels: Friday