Hadith on Ramadan - the gates of the heaven are opened...

Narrated Abu Huraira: Allah's Apostle said, "When the month of ramadan starts, the gates of the heaven are opened and the gates of Hell are closed and the devils are chained."

Hadith on Ramadan - reach the peak in generosity in the month of ramadan.... ‎(Sahih Bukhari, Book #1, Hadith #5)

Narrated Ibn 'Abbas: Allah's Apostle was the most generous of all the people, and he used to reach the peak in generosity in the month of ramadan when Gabriel met him. Gabriel used to meet him every night of ramadan to teach him the Qur'an. Allah's Apostle was the most generous person, even more generous than the strong uncontrollable wind (in readiness and haste to do charitable deeds). 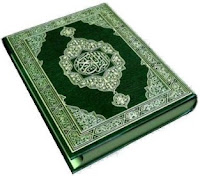 (1) O you who believe! Observing As-Saum (the fasting) is prescribed for you as it was prescribed for those before you, that you may become Al-Muttaqun (the pious).
(Quran, Al-Baqarah, Chapter 2, Verse 183)
(2) [Observing Saum (fasts)] for a fixed number of days, but if any of you is ill or on a journey, the same number (should be made up) from other days. And as for those who can fast with difficulty, (e.g. an old man), they have (a choice either to fast or) to feed a Miskin (poor person) (for every day). But whoever does good of his own accord, it is better for him. And that you fast is better for you if only you know. (Quran, Al-Baqarah, Chapter 2, Verse 184)
(3) The month of ramadan in which was revealed the Qur'an, a guidance for mankind and clear proofs for the guidance and the criterion (between right and wrong). So whoever of you sights (the crescent on the first night of) the month (of ramadan i.e. is present at his home), he must observe Saum (fasts) that month, and whoever is ill or on a journey, the same number [of days which one did not observe Saum (fasts) must be made up] from other days. Allah intends for you ease, and He does not want to make things difficult for you. (He wants that you) must complete the same number (of days), and that you must magnify Allah [i.e. to say Takbir (Allahu Akbar; Allah is the Most Great] for having guided you so that you may be grateful to Him. (Quran, Al-Baqarah, Chapter 2, Verse 185)


(4) It is made lawful for you to have sexual relations with your wives on the night of As-Saum (the fasts). They are Libas [i.e. body cover, or screen, or Sakan, (i.e. you enjoy the pleasure of living with them - as in Verse 7:189) Tafsir At-Tabari ], for you and you are the same for them. Allah knows that you used to deceive yourselves, so He turned to you (accepted your repentance) and forgave you. So now have sexual relations with them and seek that which Allah has ordained for you (offspring), and eat and drink until the white thread (light) of dawn appears to you distinct from the black thread (darkness of night), then complete your Saum (fast) till the nightfall. And do not have sexual relations with them (your wives) while you are in I'tikaf (i.e. confining oneself in a mosque for prayers and invocations leaving the worldly activities) in the mosques. These are the limits (set) by Allah, so approach them not. Thus does Allah make clear His Ayat (proofs, evidence, lessons, signs, revelations, verses, laws, legal and illegal things, Allah's set limits, orders) to mankind that they may become Al-Muttaqun (the pious). [Quran, Al-Baqarah, Chapter 2, Verse 187]
(5) Verily, the Muslims (those who submit to Allah in Islam) men and women, the believers men and women (who believe in Islamic Monotheism), the men and the women who are obedient (to Allah), the men and women who are truthful (in their speech and deeds), the men and the women who are patient (in performing all the duties which Allah has ordered and in abstaining from all that Allah has forbidden), the men and the women who are humble (before their Lord - Allah), the men and the women who give Sadaqat (i.e. Zakat, and alms), the men and the women who observe Saum (fast) (the obligatory fasting during the month of ramadan, and the optional Nawafil fasting), the men and the women who guard their chastity (from illegal sexual acts) and the men and the women who remember Allah much with their hearts and tongues Allah has prepared for them forgiveness and a great reward (i.e. Paradise).  [Quran, Al-Ahzab, Chapter 33, Verse 35]
(6) We sent it (this Qur'an) down on a blessed night [(i.e. night of Al-Qadr, Surah No. 97) in the month oframadan - the 9th month of the Islamic calendar]. Verily, We are ever warning [mankind that Our Torment will reach those who disbelieve in Our Oneness of Lordship and in Our Oneness of worship].  [Quran, Ad-Dukhan, Chapter 44, Verse 3]
Posted by Editor at 04:53 No comments: