25 Advices on Ramadhan - From the Book "Khulaasatul Kalaam" 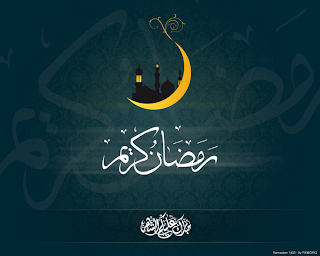 1. Fast Ramadhan with belief and truly seeking the reward of Allah the Most High so that He may forgive you your past sins.

2. Beware of breaking your fast during the days of Ramadhan without a valid Islamic excuse, for it is from the greatest of sins.

3. Pray Salat ut-Taraweeh and the night prayer during the nights of Ramadhan - especially on Layatul-Qadr - based on belief and truly seeking the reward of Allah, so that Allah may forgive you your past sins.

4. Make sure that your food, your drink and your clothing are from halal means, in order that your actions be accepted, and your supplications answered. Beware of refraining from the halal while fasting and breaking your fast with the haram.

5. Give food to some fasting people to gain a reward similar to theirs.

6. Perform your five prayers on time in congregation to gain the reward and Allah's protection.

7. Give a lot of charity for the best charity is that of Ramadhan.

8. Beware of spending your time without performing righteous deeds, for you will be responsible and reckoned for it and will be rewarded for all you do during your time.

10. Seek help for fasting during the day by eating the sahoor meal in the last part of the night before the appearance of Fajr.

11. Hasten breaking your fast after the sun has truly set in order to gain the love of Allah.

12. Perform ghusl before fajr if you need to purify yourself from the state of major impurity so that you are able to do acts of worship in a state of purity and cleanliness.

13. Cease the opportunity of being in Ramadhan and spend it with the good that has been revealed in it - by reciting the noble Qur'an and pondering and reflection of its meanings so that it be a proof for you with your Lord and an intercessor for you on the Day of Reckoning.

14. Preserve your tongue from lying, cursing, backbiting and slander for it decreases the reward of fasting.

15. Do not let fasting cause you cross your boundaries by getting upset due to the slightest of reasons. Rather, fasting should be a cause of peacefulness and tranquility of your soul.

16. Upon completion of fasting, be in a state of taqwa of Allah the Most High, being aware of Allah watching you in secret and in public, in thankfulness for His favors, and steadfastness upon obedience of Allah by doing all what He has ordered and shunning all that He has prohibited.

17. Increase in remembrance of Allah, seeking of forgiveness, asking for Paradise and protection against the Fire, especially when fasting, while breaking the fast and during suhoor, for these actions are among greatest causes of attaining Allah's forgiveness.

18. Increase in supplication for yourself, your parents, your children and Muslims, for Allah has ordered making of supplications and has guaranteed acceptance.

19. Repent to Allah with a sincere repentance in all times by leaving sins, regretting those that you have done before and firmly deciding not to return to them in the future, for Allah accepts repentance of those who repent.

21. Fast on the Day of `Arafah, the 9th of Dhul Hijjah, to attain success by being forgiven your sins of the last year and the coming year.

22. Fast on the day of `Aashuraa', the 10th of Muharram, along with the 9th, to attain success by being forgiven your sins of the past year.

23. Continue being in a state of iman and taqwa and perform righteous actions after the month of Ramadhan, until you die. "And worship your Lord until there comes to you the certainty (i.e. death)". [Qur'an 15:99]

24. Ensure that you attain the positive effects of your acts of worship such as prayer, fasting, zakat and hajj, sincere repentance and leaving of customs that are in variance with the Sharee`ah.

25. Invoke a lot of salawat and salam upon the Messenger of Allah, may Allah's blessings and peace be upon him, his Companions and all those who follow them until the Day of Judgment.

O Allah make us and all Muslims of those who fast and stand in prayer during the month of Ramadhan based on belief and truly seeking Your reward so that we are forgiven our past and future sins.

O Allah make us of those who fasted the month, attained full reward, witnessed Layatul-Qadr and attained success by permission of the Lord, Blessed and Most High.

O Allah, verily you are Forgiver, like to forgive, so forgive us.

O Lord, accept from us, verily you are the All-Hearing, all-Seeing, O Living, O Independent, O Owner of all majesty and honor.

And may Allah's blessings and peace be upon Muhammad, his family and his Companions.
Posted by Editor at 13:30 No comments:

Email ThisBlogThis!Share to TwitterShare to FacebookShare to Pinterest
Labels: Ramadhan

* Profile in English
* Profile in Malay - Bahasa Melayu
Posted by Editor at 12:41 No comments: